﻿Cheers! Japan Heritage certifies Itami as the Birthplace of Sake

Blessed with pure spring waters and riches of rice, Hyogo Prefecture is an ideal place to brew sake, a practice dating back to olden times here. The first sake produced in Itami was in the Edo era (1603-1867), called “Itami Morohaku,” which gained popularity in what was then the center of economic development, Edo (present-day Tokyo). From then on, this area including Itami became known as “the birthplace of sake” and played a vital role in the development of sake culture. The prosperity from Itami’s sake industry attracted writers and artists, including the haiku poet Ueshima Onitsura, and led to a flourishing of culture which laid the foundation for the refined sophistication of Itami culture today.

The five cities of Kobe, Amagasaki, Nishinomiya, Ashiya and the birthplace of sake, Itami, successfully applied to have the story of two famous brewery places, Itami and Nadagogo, with two fine sakes Itami Morohaku and Nada no Ki-Ippon, recognized for its historical and cultural significance by being designated as a Japan Heritage in June 2020. 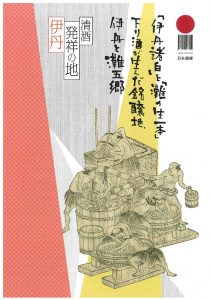 ★What is Japan Heritage?

“Japan Heritage” is a designation from the Agency of Cultural Affairs that recognizes the importance of certain stories of regional history and unique traits through which Japan’s culture and traditions are expressed.

★More than 400 years of Sake brewing
The Konoike district in Itami City earned its reputation as the birthplace of sake due to the achievements of a warlord’s son. Yamanaka Yukimoto, who is said to be a son of the warlord Yamanaka Shikanosuke, improved the brewing method that had been used since the Muromachi era (1336-1573), and around 1600 produced the first ever refined rice wine known today as “Seishu,” “Nihonshu,” or “Sake.” Unlike the previous “muddy sake,” Yukimoto made a transparent, mellow, “clear sake” which, once sent to Edo, rose to instant fame after being served in the Shogun’s household, becoming known nationwide under the name of “Tanjo.”

Today, the Yamanaka family estate has become a park that is home to the Konoike Inarishihi, a monument commemorating the first successful brewing of clear sake and its shipment to Edo.

Documents from the Edo era also describe the production of Itami sake and its popularity. 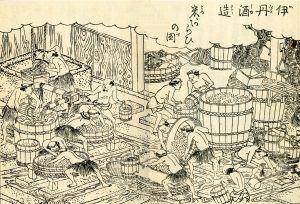 ↑From the first volume of the “Nihon Sankai Meisan Zue” (published in 1799), an illustrated guide that introduces famous products from all over Japan (owned by the Itami City Museum)
） 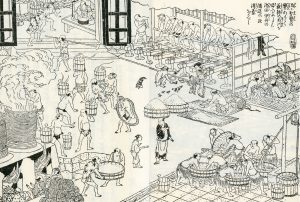 ★Kudari Zake and Tarukaisen: popular Itami sake in Edo
During the Edo era, the Kansai region was called “Kamigata,” and foods from this area were called “Kudari Mono” meaning “excellent goods from the capital,” and thus the clear sake made with Kamigata advanced technique became famous under the name “Kudari Zake” in Edo (current Tokyo).

★Rising popularity produces fakes
Itami Morohaku, the rarest and most expensive of Kudari Zake, was so popular that many imitations and fake versions emerged. In order to distinguish between fakes and genuine products, lords took various measures, such as inscribing “Itami Brand” on the sake barrels or changing the name of the sake many times, but fakes never completely disappeared during the Edo era.

★Samurai Ako’s beloved Itami Sake “Kenbishi”
The ronin (lordless samurai) made legendary through the Chushingura (“Treasury of Loyal Retainers”) story is said to have drunk one of the Itami sakes called “Kenbishi” before the fateful raid on the Kira residence. Even today sake lovers all over Japan raise their glasses of Kenbishi to honor a great resolution or milestone. 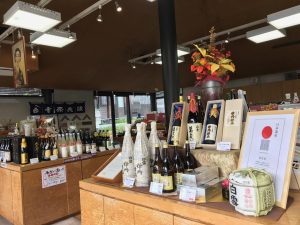 This shop is in a sake brewery operated by Konishi Brewing, Itami’s famous 470-year-old sake brewery. Beloved by locals, the store is the venue for the annual Shirayuki Brewery Festival, which attracts more than 10,000 people every year.
<Access>
Address: 3-4-15 Chuo, Itami City, Hyogo Prefecture
Access: 5 min walk from either JR or Hankyu Itami stations
URL: https://choujugura.com/ 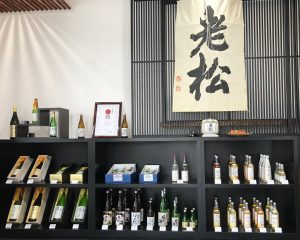 This is the direct sales office of Itami Oimatsu Brewery, producer of Oimatsu, a legendary sake which after being approved by the Edo Shogunate became the sake for the Imperial court and standard drink for Shogun dining.
<Access>
Address: 3-1-8 Chuo, Itami City, Hyogo Prefecture
Nearest station: 5 min walk from JR Itami Station, 3 min walk from Hankyu Itami Station
URL: http://www.oimatsu.biz/ 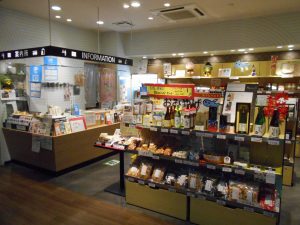