Discover the Charm of the northern Hanshin area through its Sacred Sites!

Exploring temples and shrines is a popular pastime for people of all ages. The Northern Hanshin area is a treasure trove of such sacred sites. The more we see, the more fascinated we become by these ancient centers of spiritual power. 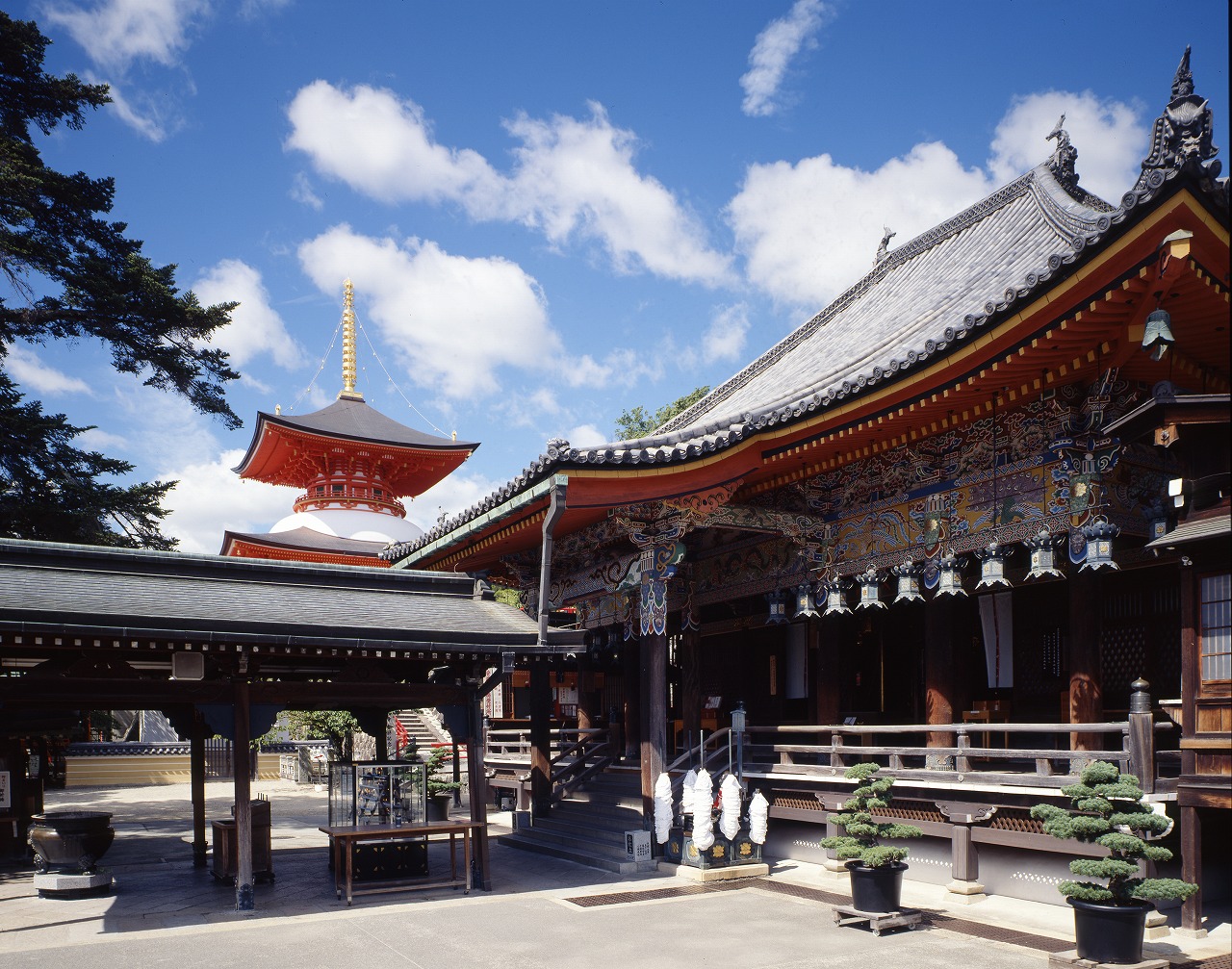 According to legend, this ancient temple was built by Prince Shotoku Taishi (Imperial Family member and political leader, 574-622) but was destroyed by fire during wartime, then rebuilt by the order of Toyotomi Hideyori (1593-1615), the second son of Toyotomi Hideyoshi (a 17th century feudal warlord, 1536-1598) who unified the country.
The eleven-faced main statue of the Kannon Bodhisattva, carved from a kaya tree, has been nationally designated an Important Cultural Property, famous as the Bodhisattva “Kannon of Safe Childbirth,” a deity protecting women from pain and suffering.
URL:http://www.nakayamadera.or.jp/ 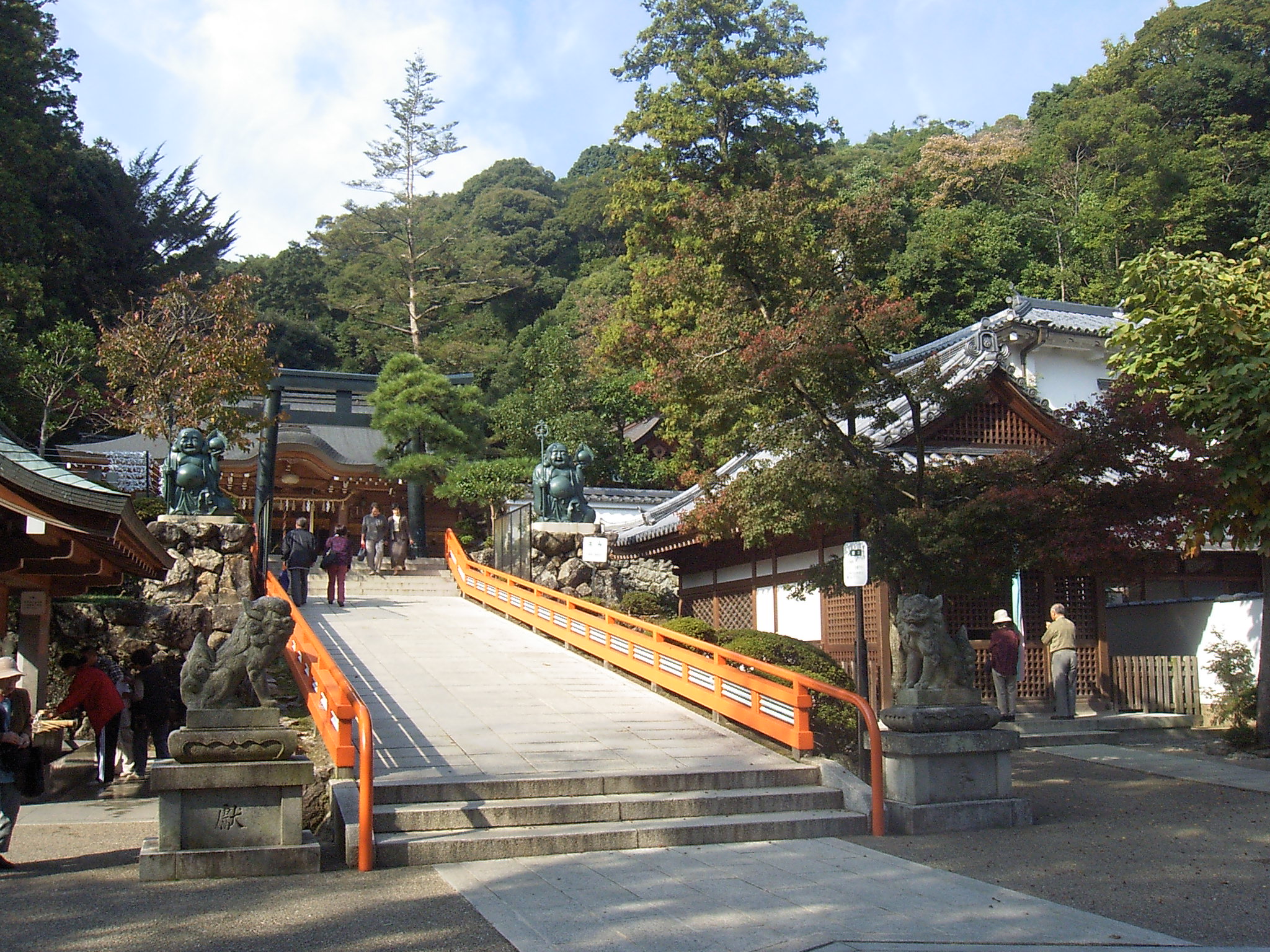 Built in 896 at the order the Emperor Uda, this ancient temple has a long history connected to the Buddhist sect Shingon Sanposhu.
Since receiving the title of “Japan’s First Kiyoshikojin” from Emperor Uda, it became known as “Kojin-san,” worshiped as the God of the Kitchen and the God of Fire.
URL：http://www.kiyoshikojin.or.jp 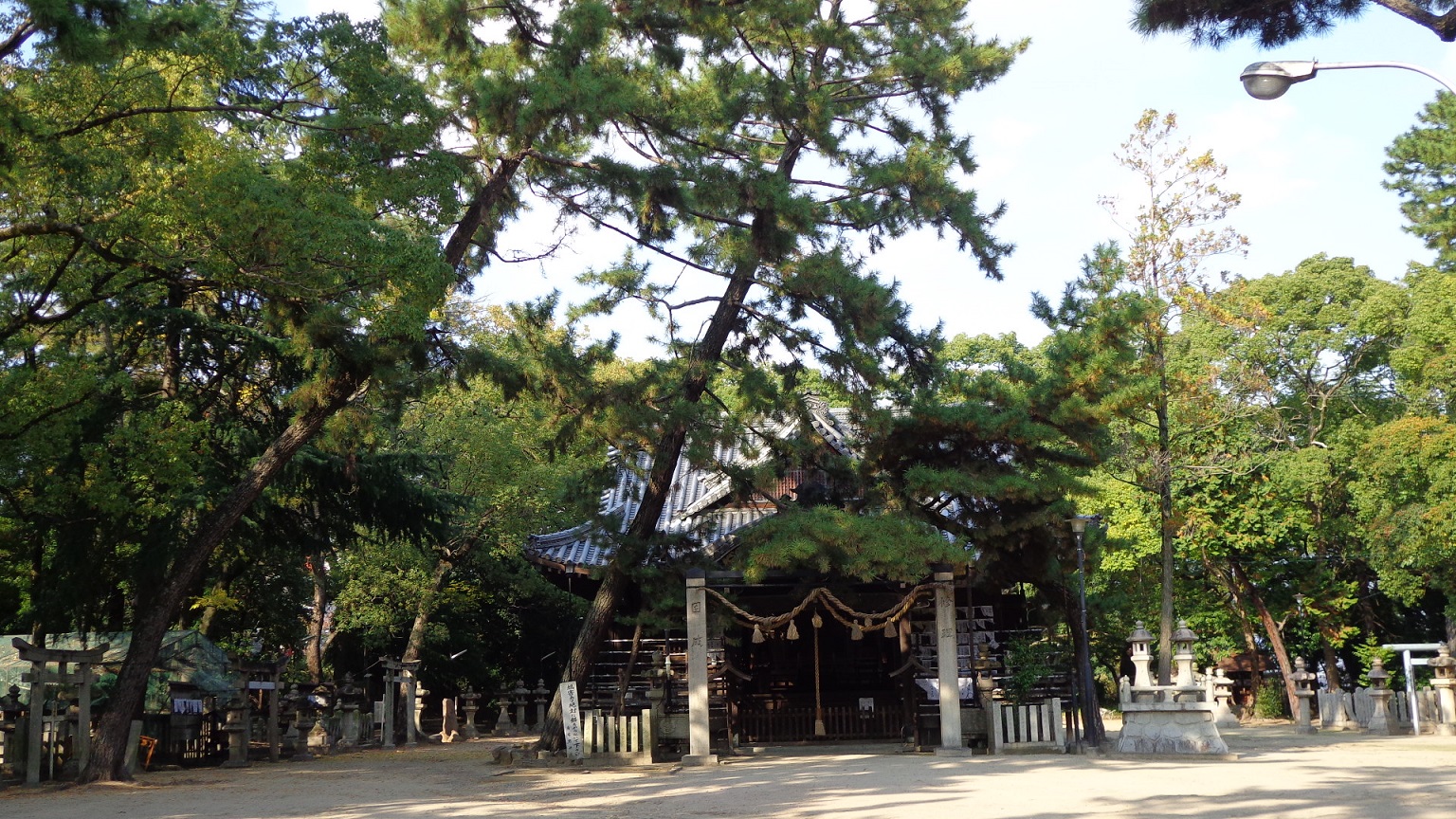 This shrine built to honor Inano Nimasu Okami was designated on March 13, 2020 as an official Prefectural Important Tangible Cultural Property in recognition of the three valuable large buildings: the Inano Main Shrine (Honden), the Hall of Worship (Haiden), and the structure connecting them called the Heiden.
URL:http://www.city.itami.lg.jp/SOSIKI/EDSHOGAI/EDSYAKAI/SINAI_BUNKAZAI/KEN_SITEI/1582252824285.html 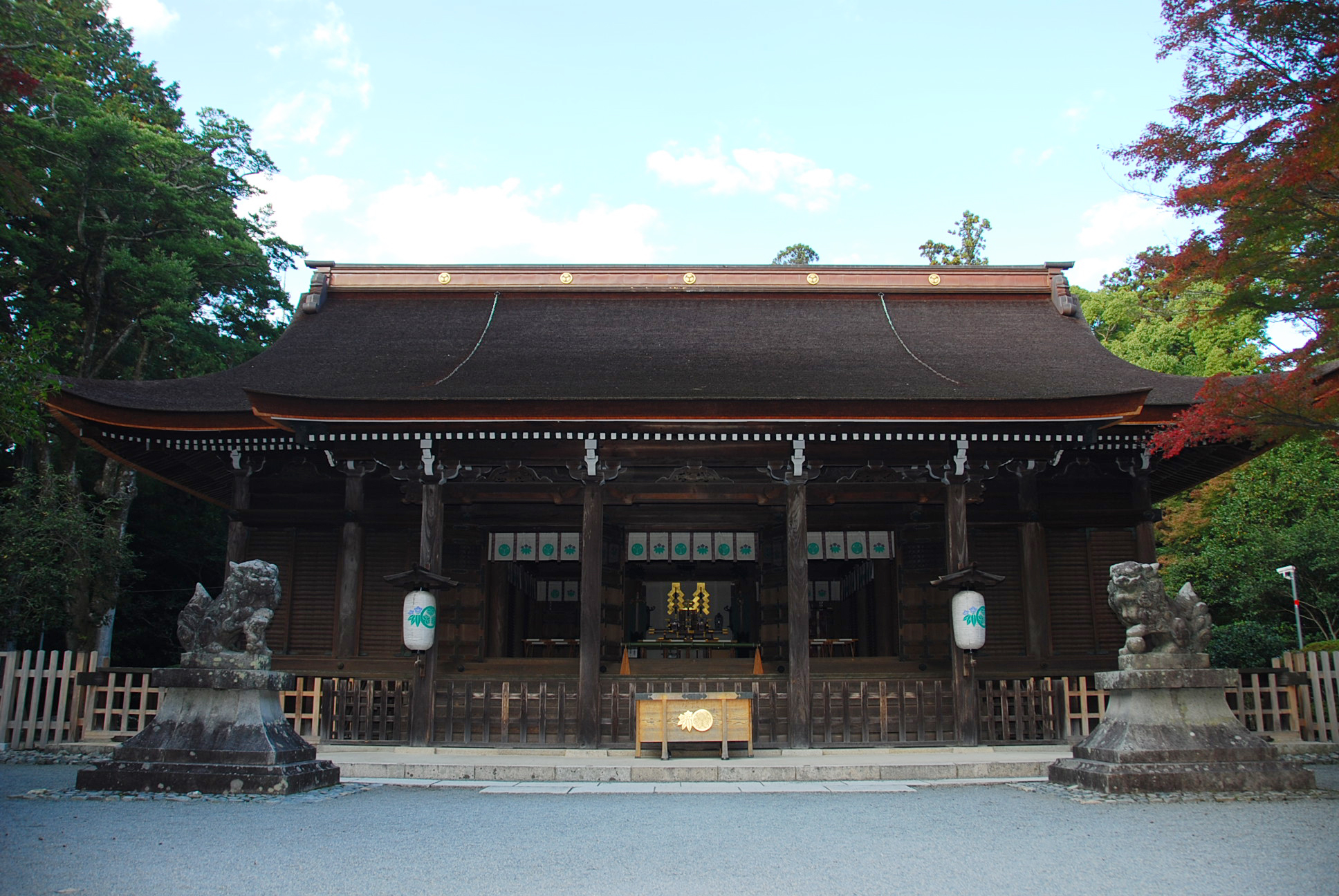 In 970, Prince Minamoto no Mitsunaka (military commander, 912-997), the great-grandson of Emperor Seiwa who laid the foundations of the Seiwa Genji clan, built the predecessor of this shrine, Tada-in. The present structure was rebuilt by command of the 4th Tokugawa Shogunate Ietsuna (1641-1680).
The Main Hall and Hall of Worship are designated as Important National Cultural Properties, enshrining the five princes Minamoto no Mitsunaka, Yorimitsu (944-1021), Yorinobu (968-1048), Yoriyoshi (998-1082), and Yoshiie (1039-1106).
URL:http://www.tadajinjya.or.jp 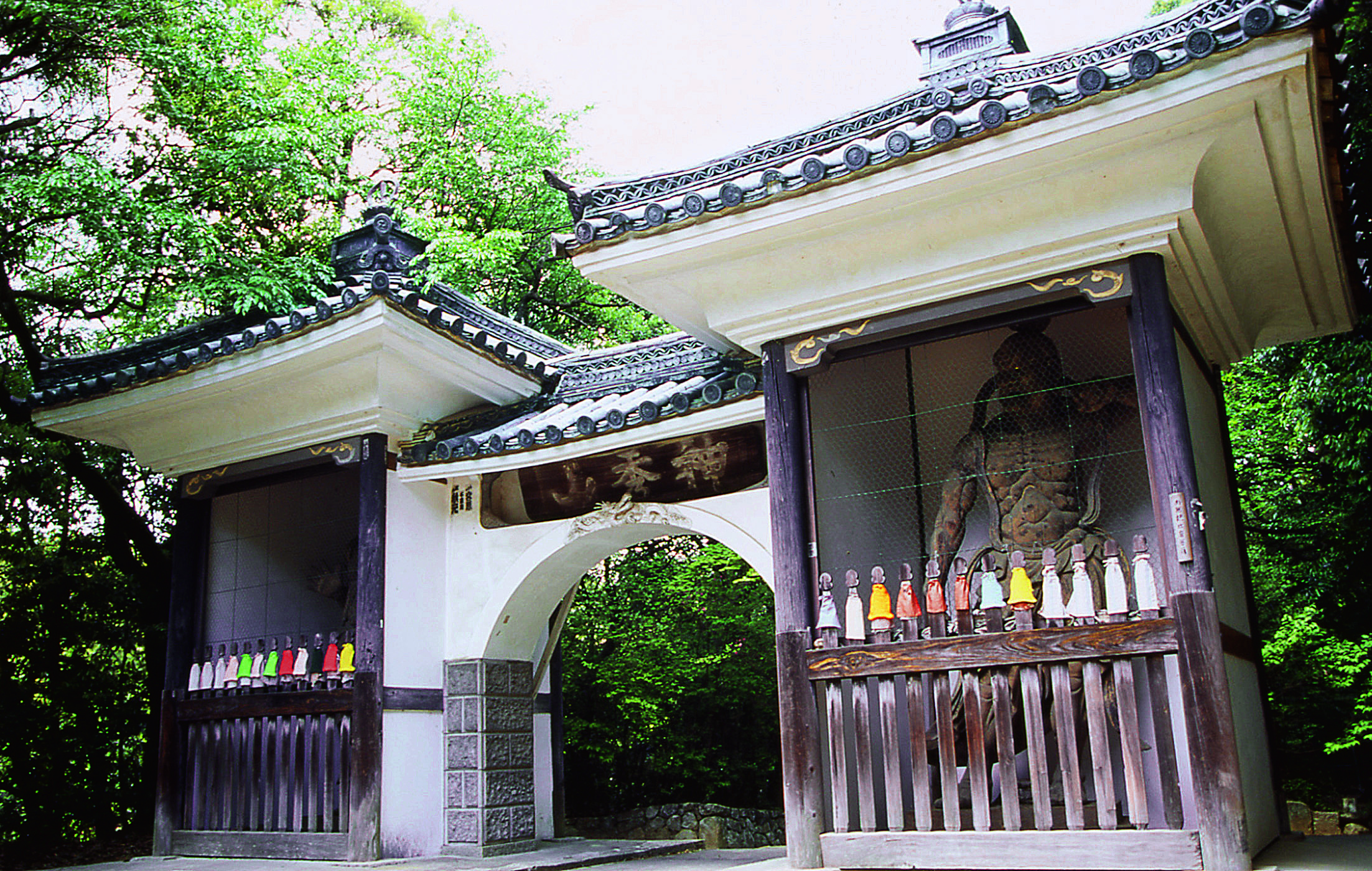 This temple was founded by Shodo Shonin (735-817), a Buddhist mountain monk, and together with Tada-jinja Shrine is known as a place of prayer associated with the Genji clan.
On the temple grounds, there is a 353cm high nine-story stone pagoda (a National Important Cultural Property) built by one of the Genji clan daughters in supplication that the souls of her parents would be reborn in Paradise. Also in the temple precincts is the grave of Sakata no Kintoki, one of Minamoto no Yorimitsu’s four “heavenly kings” active, in legend, in the slaying of Shutendoji, the mythical leader of a group of rebel demons, and the Shoin garden (City’s designated historical site), famous for its beautiful azaleas, cherry blossoms and autumn colors.
URL：http://www.manganji.jp/ 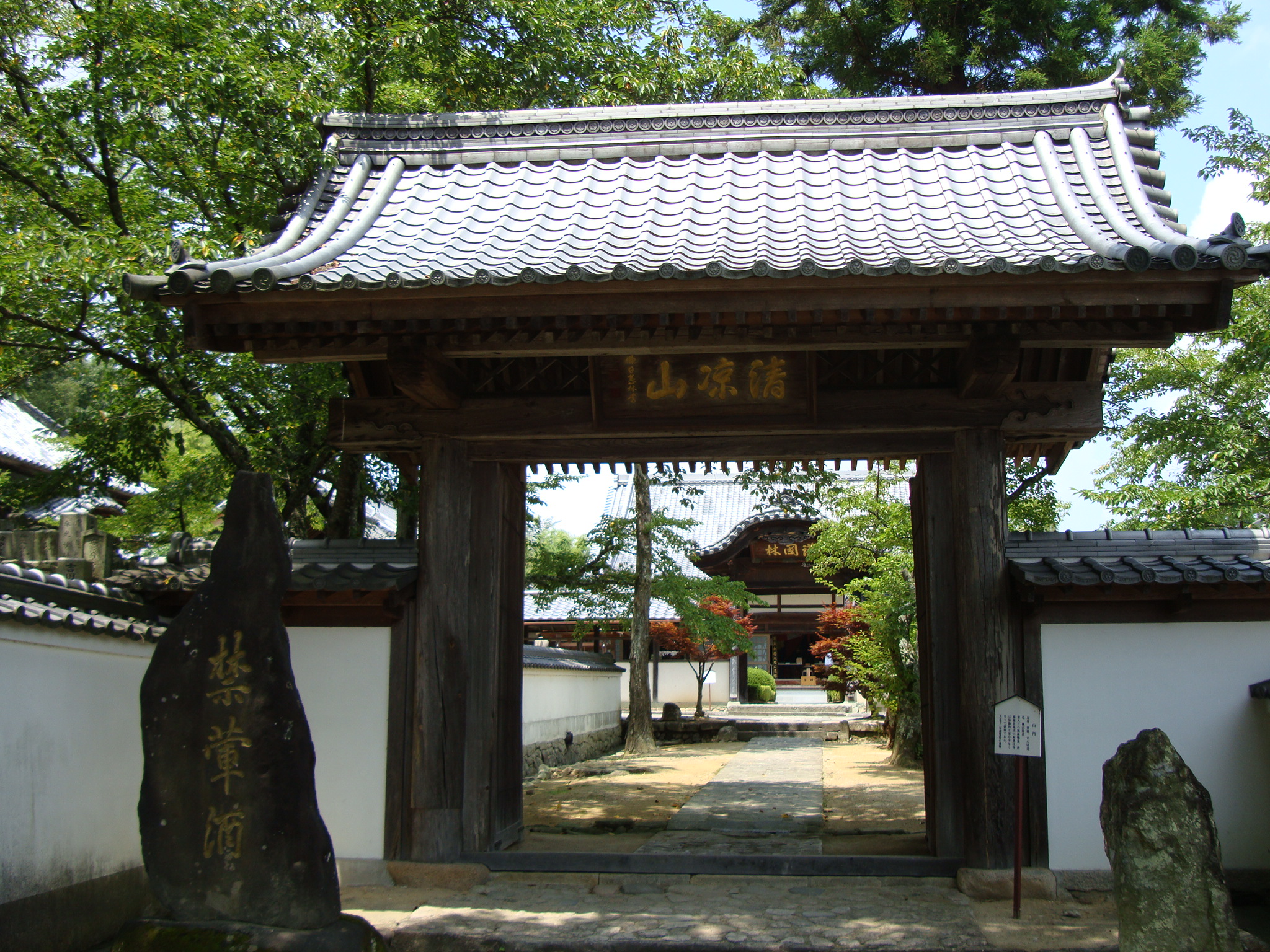 After moving from Toba in Shishu (present-day Mie Prefecture), the Kuki clan (a family active from the 14th to 19th century) built this temple in 1633 as a mausoleum for generations of the Kuki family, the lords of the Sanda domain. The founder of the temple was Kakuozetekiwajo, who was the head priest of Joanji Temple, the family temple of the former territorial estate.
The temple grounds contain the graves of successive lords of the domain and their families, as well as an English-language tombstone dating from around 1873.
URL:https://www.city.sanda.lg.jp/shisetsu/160.html 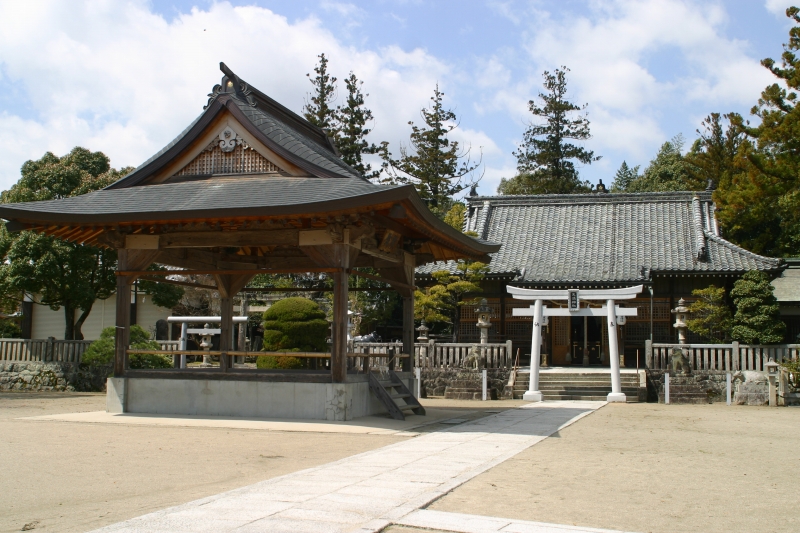 The main deities enshrined here include Sugawara no Michizane (aristocrat, politician and scholar, 845-903), Otoshi no Okami (a god of Japanese mythology), Izanagi no Mikoto and Izanami no Mikoto (male and female progenitor deities in Japanese mythology), Oonamuchi no Mikoto, and Sukunahikona no Mikoto.
In the Edo period, the shrine was a place of prayer for the Kuki clan, lords of the Sanda domain. Tenjin Park adjacent to the shrine is famous for its cherry blossoms and is ranked one of the Eight Best Landscapes of Sanda.
URL: https://www.city.sanda.lg.jp/shisetsu/132.html
http://www.hyogo-jinjacho.com/data/6306001.html
https://nohgaku-kyodo.com/sanda-history/sanda-tenman-jinja 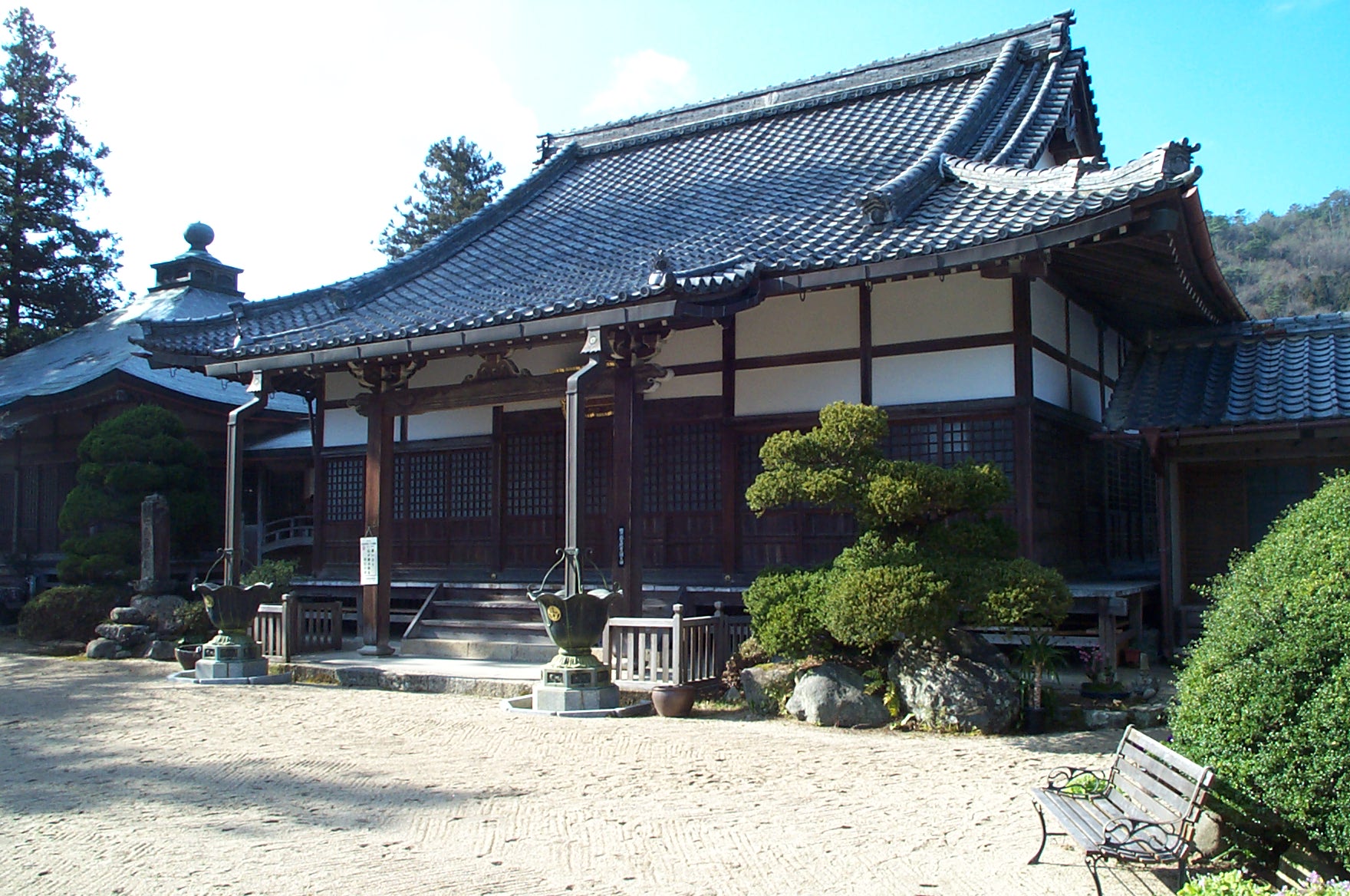 This historically significant temple is believed to have been founded by the monk Gyoki Shonin (668-749). In legend, Minamoto no Yorimitsu prayed here for victory in the demon extermination of Mt. Oe, and it is known as “the Savior of Oi.” Also, in 1807, a priest, Mokujiki Myoman (1718-1810), visited in his later years at the age of 90 and enshrined 14 “Mokujiki Buddhas” during his stay. Mokujiki is one of the Shingon Buddhist commandments that eliminates the five grains and meat, allowing only nuts and wild plants as a regular diet.
URL:https://www.town.inagawa.lg.jp/kanko/rekishi/rekishikaidou/sansaku/1416547605591.html